Trip to Macon and Beaujolais, June 2016

Mid June in the Macon and I had expected the weather to be warm if not blazing hot – however we arrived at Geneva airport to grey skies and as we drove up to the Macon the weather deteriorated! Having heard and seen on social media earlier in the year reports of hail in Chablis, the Loire and Cahors things were not looking good for the Macon and Beaujolais. After meeting several wine growers on the first day of our trip, the words ‘2016 and catastrophe’ was the phrase of the day – in fact they had had a second severe hail storm just a week before we arrived. 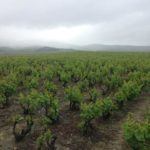 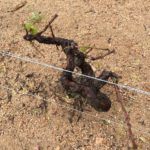 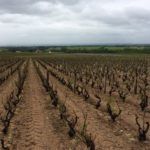 However, it was not all doom and gloom for our visit, not all of the villages have had their vines wiped out, so with a fair wind, lots of sun (and no more hail) there will still be wines made in 2016, albeit severely reduced quantities.

Our first visit in the Macon was to Michel Chavet, where we tasted his Saint Veran and Pouilly Fuisse which had a lovely purity of fruit. We also got to try his Macon Rouge which was a deliciously quaffable red, although not imported yet we hope to see some on our shelves soon!

Next stop was Domaine La Croix Senaillet for a tasting of their Macon Davayé and Saint Veran 2014 in bottle and from tank the 2015’s. It was fascinating to try the wines aged in stainless steel and then the wines aged in oak and to understand the art of blending these two to create the final wine. We were also able to try a very small Cuvée of Saint Veran Sans Soufre a small trial of making the wine without the addition of sulphur – we were very impressed.

Onto the highlight of the day for me, a tasting with Eric Forest. We have stocked Eric’s Pouilly Fuissé for a good few years so it was nice to finally visit his immaculate cellar. 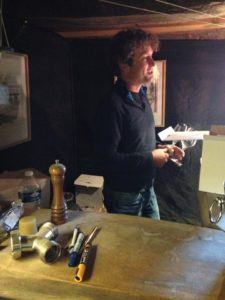 Eric is the 8th generation winemaker and farms old vines in Pouilly Fuisse, Saint Veran and Macon Vergisson. Working biodynamically (although not officially certified) it was clear that Eric’s philosophy is one to respect the vineyards and wine with low intervention methods such as using gravity rather than pumps to move his wine around the cellar, handpicking his grapes and using natural yeasts. Eric mentioned that he doesn’t want to adhere to rules and regulations which is why he is not certified biodynamic but rather opts for a more pragmatic approach respecting nature and its cycles. Eric’s wines spend 10-15 months in oak cask and he uses minimal sulphur due to his extreme care and the quality of the terroir and fruit that he has.

We tasted three of his wines, two from different terroir’s, ‘Les Crays’ from limestone/marl soil on a steep slope between the village and the Vergisson rock, ‘La Roche’ from clay and limestone soil higher up the Roche Vergisson and is made to age further, and his cuvée ‘L’Amé’ that is earlier drinking and a blend of grapes from the two terroir’s. 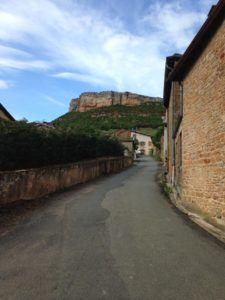 The main focus of our visit to Beaujolais was to taste the 2014 vintage which are now coming into their own, a real classic vintage and also taste the 2015 wines (from barrel/tank) which has been acclaimed as one of the best vintages in decades even eclipsing the 2009’s!

Driving down from Macon through the rolling hills of Beaujolais first stop is Chateau Bonnet in Chenas. This winery has been in operation since 1630, we wandered around the old vineyards outside the winery. I really enjoyed their Moulin á Vent 2014 and the Chenas 2011 from really old vines, showing that Beaujolais can be a wine to lay down for a few years. 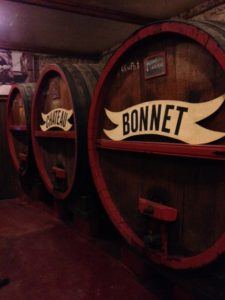 Onto Domaine de La Chaponne in Morgon, winemaker Laurent explained that the village had not been hit by this years hail but that Chiroubles was. Laurent has 14 hectares with 12 in Morgon, and mainly in the Cote du Puy which is considered to be the best site. The 2015 CDP was a richly structured wine from 60 year old vines, it had dark brambly fruit and a slightly mineral edge that led to a long rich finish. So typical of all the 2015’s tasted on our trip this is a wine to spend some time ageing and with this you will be rewarded. Out of interest Laurent opened up a Morgon Cote du Puy 2009 which still looked remarkably young, it had an abundance of blueberry, mulberry and blackberry fruit, a touch of savoury leather and could definitely age further. 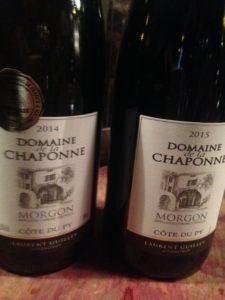 Onto the slightly larger Domaine de Tours in Brouilly who have 50 hectares around the castle and 20 hectares on the otherside of the Mont Brouilly. The wines are a blend of two different soil types, one on deep soils where the wines are very fruity and expressive, and the other is sandier, shallower soils that give grapes that are good for extraction. We thoroughly enjoyed tasting the 2014’s which are really singing at the moment, they have a distinctive brambly fruited nose with notes of fresh strawberry and cherry, round delicate tannins and a lovely balance. The 2015 had just been bottled and was seriously impressive although obviously very very young. It was intensely fruited and perfectly balanced. 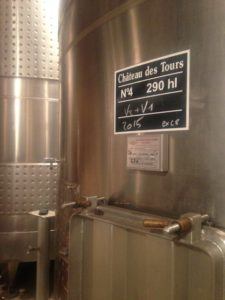 Our final stop was at Nicole Chanrion’s Domaine Voutes des Croze, considered make some of the best wines in the Cote de Brouilly. Nicole took over the family domaine in 1988 and she works all 6.5 hectares herself, from pruning to driving a tractor and all that winemaking entails. The village of Cercie where the Domaine is located at the foothill of the Cote de Brouilly which consists of mainly granite soil. The wines were a real treat to end the day of tasting, the 2015 had dark, ripe fruit with a lovely purity and freshness running through despite the very warm vintage. The 2014 was slightly lighter and had fresh, vibrant raspberry and cherry notes along with ripe tannins and a long fresh finish. 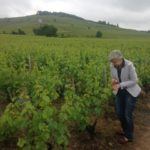 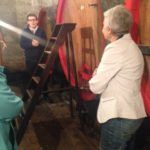