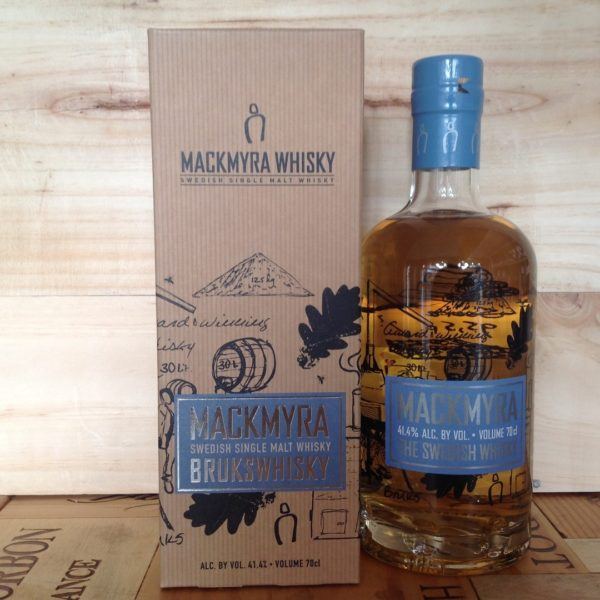 Mackmyra have been creating whisky since 1999. Sweden has some of the world’s purest water, using Swedish barley that develops special sweetness during the long summer days. Most of the whisky is stored in new Swedish oak, which grows slowly in the harsh climate of Sweden – this gives the end produce a fiery spice balanced by sweetness. Since 1999 Mackmyra has built a reputation as a top quality single malt producer.

Mackmyra Brukswhisky is an exciting, well-balanced whisky, created to be enjoyed at all times. On the nose butterscotch, citrus, pear, licorice, banana and mint. On tasting it is fresh and fruity with a touch of pepper. Youthful, fruity and with a spicy taste of toffee.