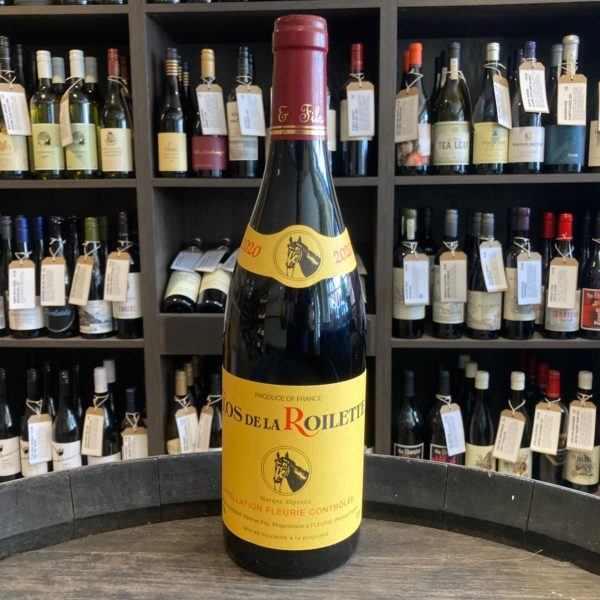 The Domaine Coudert ‘Clos de Roilette’ vineyard is on one of the best slopes in the Beaujolais Crus. The vineyard is on the border with Moulin-à-Vent and was previously part of the appellation before the establishment of Fleurie. The previous landowner was furious at the change and put a picture of his horse on the label and used the name of ‘Clos de Roilette’, with Fleurie only mentioned in the subscript. The terroir is rich in manganese and clay, which combined with the age of the vines makes for powerful Fleurie that ages very well.