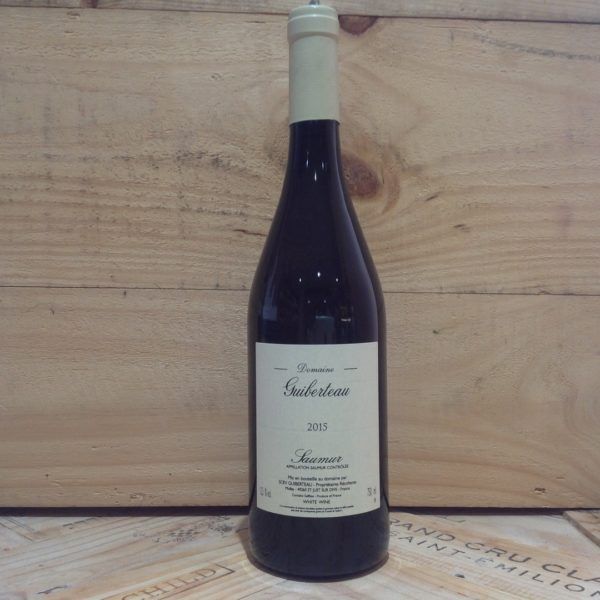 Domaine Guiberteau owns several of best vineyards on the hill of Brézé in Saumur. This location is considered the best area for producing the finest chenin blanc in the Loire. The Domaine was establish in the early 20th century, and it was Romain’s father, Robert, who recognised the potential of Brézé. In 1954 he purchased several hectares of the hill. Romain did not initially go into winemaking, and the vineyards were rented out when Robert died, but in 1996 he decide not to renew the leases and to take the Domaine back under family management.

The domaine is 9.4 hectares, 7 of which are located in the great terroir of Brézé. Over half of the Domaine is planted with Chenin, the remainder planted with Cabernet Franc. Age of vines varies between 4 and 80 years old, with a large proportion of old vines. The vineyards were converted to organic farming in 2000.

This is a delightful, mid-weight wine wiht notes of apple and melon accompanied by a refreshing chalky mineral overtone, with a mineral finish.