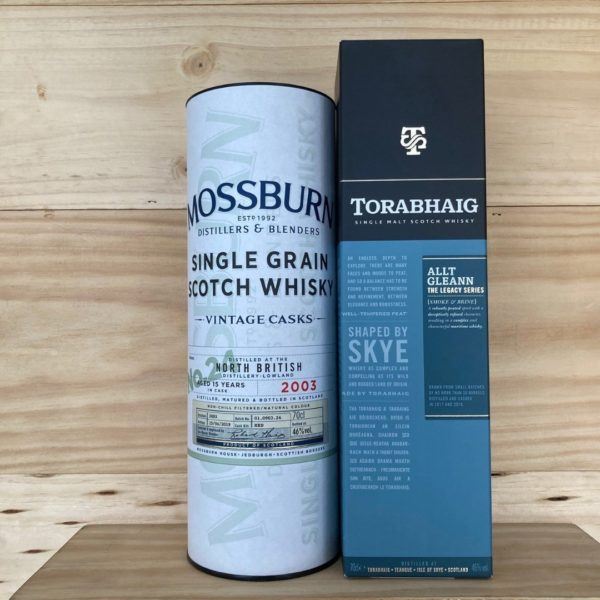 Torabhaig is the first new distillery licensed on Skye for 200 years. Established in 2017, the distillery is owned and operated by the Mossburn distillery. This twin pack includes the distillery’s second commercial release and a whisky released by Mossburn.