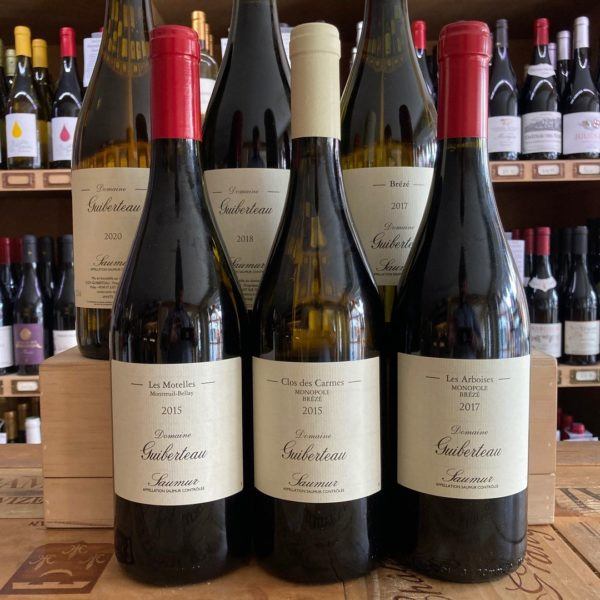 Domaine Guiberteau is far from unknown, with the wines being listed in many fine restaurants all over the world. For its relatively ‘new’ found fame the wines are certainly making some impact.

The Domaine is now in its third generation, but it was only really in 1996 when third generation member Romain Guiberteau took the reigns (after leaving law school early) that the Domaine started gaining a following. Romain was mentored by local winemaking legend Nady Foucault of Clos Rougeard fame which gave him knowledge and inspiration, and it was this combined with their excellent vineyard sites that a decision was made to stop selling grapes to the local co-operative.

The Domaine produces around 25,000 bottles a year, they have just over 9 hectares of vines in total with around 7 hectares on the prime site of Brézé. The aim is to make the purest expression of Cabernet Franc and Chenin Blanc possible. They work organically and have done since 2003, but they do not include the certification mark on the bottles. The Monopole or single vineyard wines are only made in good years. Tasting notes from our visit in 2019.

This Domaine Guiberteau mixed case contains one bottle of each of the following wines: