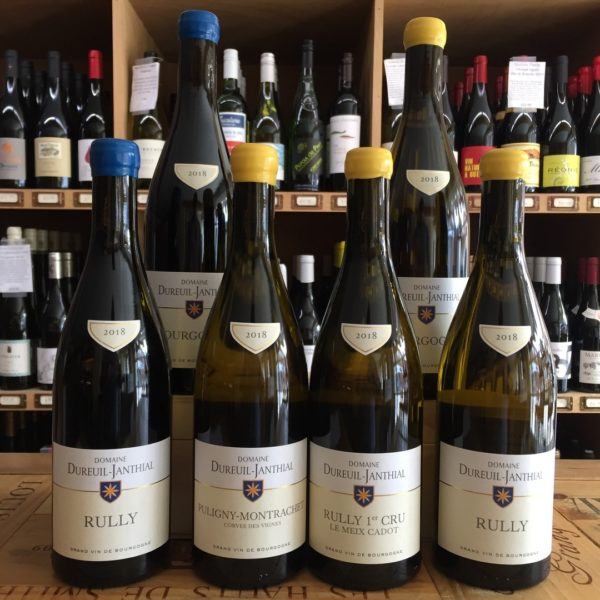 Domaine Dureuil-Janthial is one of leading domaines of the Côte Chalonnaise. Winemaker Vincent Dureuil is equally adept at making both white and red wines. Vincent inherited from the Janthial side of his family, who have been in Rully since the eighteenth century. Vincent brought some holdings in Puligny when he took over the Domaine. This case contains a single bottle of each of the following wines:

Bourgogne Rouge – The vines, which average 40 years old, are situated half in the commune of Puligny and half in Premeaux.

All from the 2018 vintage, this is an excellent way to explore the terroir that this domaine owns.