Rioja is probably one of Spain’s most well-known wine growing regions, but how much do we know about this famous region? Following a buying trip to Northern Spain I was able to learn more about this unique region. The Rioja wine region is in Northern Spain, and is made up of three areas; Rioja Alavesa, Rioja Baja and Rioja Alta – these regions run along the River Ebro.

Before visiting I had no idea how big Rioja actually was, in fact from the main city of Haro in the west over to Alfaro in the most easterly edge it is 100km! The vineyards cover the valley and they are grown up to 700 metres above sea level. The soil types change massively from the different areas, Rioja Alavesa is not only influenced by the Atlantic climate but the soils are chalky/clay and vineyards are in small terraced plots. Rioja Alta it is also mainly influced by the Atlantic climate but it is chalky/clay and alluvial soil. Rioja Baja has a much drier climate thanks to the Mediterranean climate with soils made up of mainly ferrous-clay and alluvial. Needless to say all these factors go into shaping the wines that we all enjoy so much!

Rioja: The Region at a Glance..

– RULES AND REGULATIONS! Rioja wines are protected by the oldest Designation of Origin (DO) in Spain, officially recognised in 1926. In 1991 it was awarded the highest category – Calificada. This regulates grape varieties used, maximum yields, vinification methods and ageing techniques. This is to protect the name and quality of ‘Rioja’.

– The DO regulates 144 municipalties in Rioja

– GRAPE VARIETIES Most people recognise Tempranillo as the grape of Rioja but there are other grape varieties authorised by the DOCa. For reds this includes Tempranillo, Garnacha, Graciano, Mazuelo and Maturana Tinta. For whites Viura and Malvasia are the most commonly used grape varieties, however they can also use Garnacha Blanca, Tempranillo Blanco, Maturana Blanca, Turruntes, Chardonnay, Sauvignon Blanc and Verdejo.

– CLASSIFICATION – Rioja wines can be put into one of four categories depending on how they are aged. Young wines (Joven) are made for their freshness and fruitiness for example Navajas Tinto £7.99 down to £6.99! Crianza wines have spent a minimum of one year in cask (6 months for white wines) they are then released 3 years after vintage (extra ageing is completed in bottle). The Reserva wines are from good vintages that show ageing potential, such as Navajas Reserva 2009 £12.99 down to £11.99 or the Miguel Merino Reserva 2006 £26 down to £22 They are also aged for 1 year in cask and only released after 3 years in total. The Gran Reserva wines are from exceptional vintages, the wines spend at least 2 years in casks and 3 years in bottle. Obviously some Bodegas choose to age their wines for longer. Miguel Merino Gran Reserva 2005 £28 down to £25 and Heredia de Lopez Vina Tondonia Gran Reserva 1991 £60.

– RIOJA AND TAPAS! Rioja both red and white pair really well with food. In fact when ordering wine in Spain you will generally always be offered something to eat with it. Unoaked white Rioja goes so well with seafood, such as calamari or frito misto. Pair up Spanish omlette (tortilla Espanola) an oaked white Rioja. The Joven Rioja is a sure match to the local dish Pulpo a la Gallega (octopus with potatoes and paprika). The richness of Albondigas (meatballs in a rich sauce) cries out for a Rioja Reserva – with the complex flavours of the wine standing up to the richness of the food. And then of course there is the more well known and ‘traditional’ pairing of Rioja with Lamb. Try a Rioja Reserva or even Gran Reserva with rack of lamb or slow roasted shoulder for a match made in heaven! 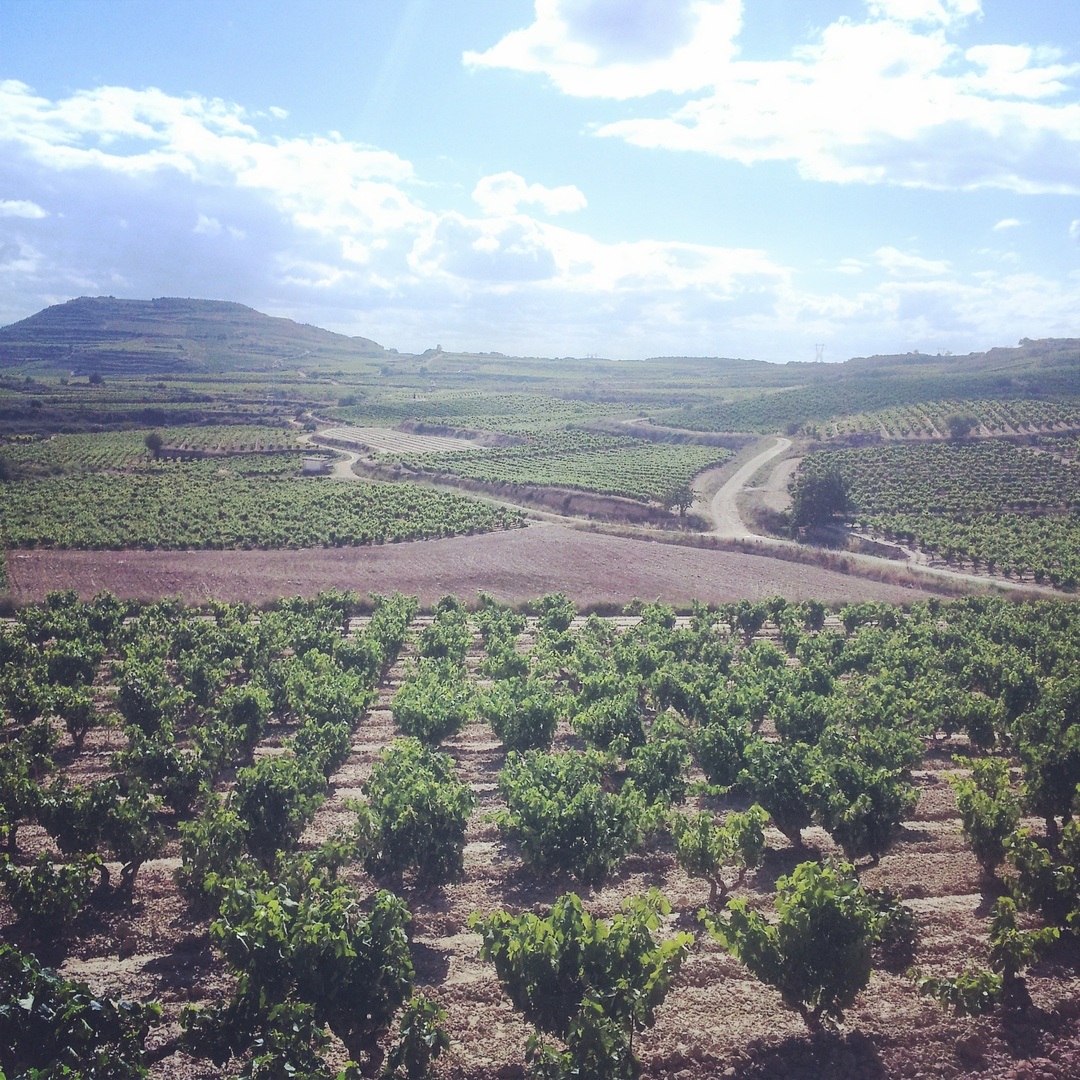